At this time of year, Police and Crime Commissioners must consult with the public and other stakeholders on the proposed police budget and precept for the coming financial year.

I have set out my priorities for the budget, my proposal for the precept, and a short survey for people to give me their views here: www.surveymonkey.co.uk/r/yourpolicebudget2022-23

This budget has been developed following feedback from the public since I took office back in May, along with clear trends that have been identified in the preliminary results of my Autumn Survey, which was the largest consultation ever carried out by Cheshire’s Police and Crime Commissioner with over 18,000 responses.

This budget will put 120 more officers on Cheshire’s streets, increasing visible policing and taking us closer to the goal set by me and the Chief Constable to have the highest establishment of officers in Cheshire in modern times – 2,345. It will also put 63 more frontline staff in departments like the Force Control Centre, where we’ll have more call handlers waiting to reduce response times and help people in their hour of need.

There will also be an increased focus on tackling anti-social behaviour that can often make people feel unsafe in their community, and further action on making our county’s roads safer.

It is crucial that, like in my Autumn Survey, I get the views of as many people from as many communities as possible across Cheshire, covering all characteristics of age, ethnic background, gender, sexuality and disability.

If you’d like any hard copies of the survey (which can be returned via freepost) or have any further questions about the budget, please get in touch at pcc@cheshire.police.uk 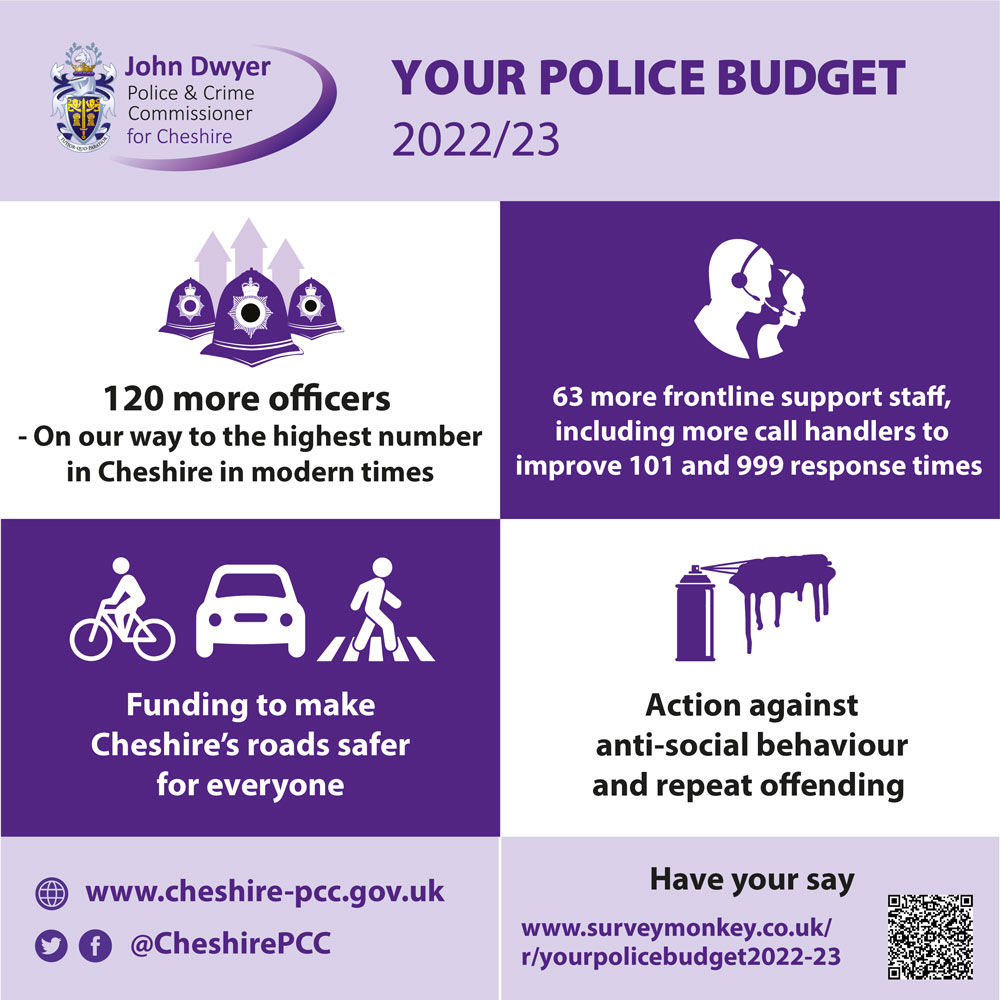