Cranage residents got together to improve the roundabout on Needham Drive that had become unsightly over a number of years. The roundabout was overgrown with weeds and brambles and was an unattractive feature when entering the estate.

Approximately twenty Cranage residents grouped together over a number of weekends to turn an ugly duckling into a swan. The work involved cutting back the overgrown weeds and bushes, removing the roots and debris then digging in compost and fertiliser.

The final stages were to cover the roundabout in weed suppressing membrane, plant a range of low growing and easily maintainable shrubs and finally to cover the membrane with a layer of decorative slate.

This was extremely hard work but the community spirit displayed by adults and children who all helped in the transformation made the aches and pains worthwhile.

Special thanks go to Councillor George Yarwood and Needham Drive resident Mr Richard Hughes who not only did the physical labour but also supplied the equipment and expertise to complete the job and dispose of the debris. Also thanks to Cranage Parish Council who kindly donated the funds to allow the project to take place. 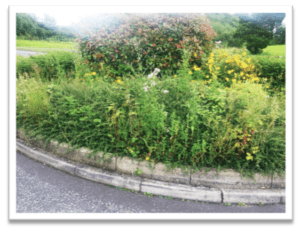 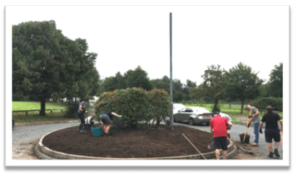 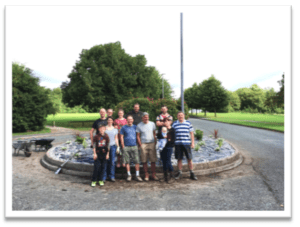 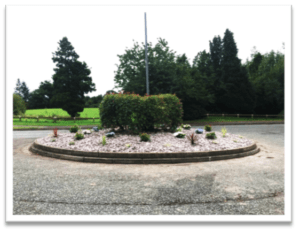 Over the last month the Parish Council has been working hard on behalf of the residents to facilitate improvements to the local footpaths and playing fields. The Cranage playing fields are used by local residents and Holmes Chapel Hurricanes Football club, but for those of you who know the playing fields, the pitch nearest to Needham Drive has suffered from drainage problems that have restricted its use over the past few years. The Parish Council have worked with Cheshire East Council, including making a financial contribution, to have land drains installed to one area of the pitch, that will hopefully improve things in the future. Already benefits are being seen, and following recent heavy rain, water is no longer pooling on the field.

Residents of Needham estate, plus dog walkers, people using the new Play Area and members of the bowling club will have seen that the network of gravel footpaths that run through the estate and surrounding green areas have recently been upgraded and improved. I am sure everyone will agree that the new footpaths are a huge improvement over the ‘worn out’ paths they replaced. The Parish Council would like to thank Cheshire East Council for carrying out this work. The fact this work took place was initially down to local residents making representation to the Parish Council for the footpaths to be improved. The Parish Council then took this up with ANSA – the results of which are apparent to all.

Finally, for those residents who regularly walk from Cranage to Holmes Chapel down the A50, they will have noticed that large stretches of the hedgerows were getting overgrown with foliage and nettles and starting to impede the pavement for pedestrians. We can now happily report that local landowners with responsibility for maintaining hedgerows have now cut back the hedgerows making it far easier to walk into Holmes Chapel. Thank you very much to all concerned for carrying out this work. One final issue still outstanding is the repair of the hole that has appeared in the pavement near to the crossing point adjacent to Needham Drive. This has been reported to Cheshire East Council.

Residents with any concerns about pathways in the Cranage Parish, should in the first instance contact Tim Sheldon, the Parish Council Footpath Officer on 01477 534688 or by email (tim.Sheldon@btinternet.com).

You’ll no doubt be familiar with Cranage Footpath. 4 which runs from the A50, down the east side of the River Dane, to the Holmes Chapel boundary and onto the Dane Meadow and the village of Holmes Chapel itself.  In the Dane Meadow project, Cheshire East and Holmes Chapel were able to improve the part of the route which is in the Holmes Chapel Parish.  The landowner on the Cranage side has improved the surface of the route to access the new hydro plant.  This then left a section in the middle which is currently muddy and not easily walkable.  As this route is used by school children as well as other residents going to and from the village, Cranage Parish Council has agreed to fund the improvement of the surface of the route to a compacted stone surface. 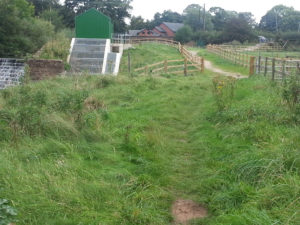 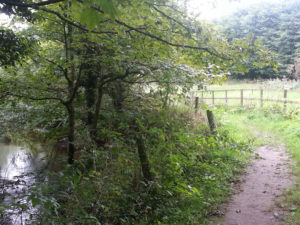 Land Adjacent to the Village Hall

This land belongs to Cheshire East and although we don’t want to have the asset transferred to the Parish Council we have placed a bid to improve the land for the benefit of the community. We have a vision to cut back the trees, shrubbery and undergrowth that has not been maintained for several years. We have gained specialist advice from Cheshire East who have given us guidance and valuable information and ensured that the concerns with blocked drains have been resolved with United Utilities. We hope to add information boards for the youngsters to understand the plants, trees and species that are present in the area, build bat and bird boxes and eventually add some picnic tables. This area is a key open space within the Parish and due to financial restraints the unitary authority has only been able to cut the grass and the maintenance of trees has fallen behind. We would love to hear your thoughts and if you would like to add any other ideas to our project plan please email the clerk jmasonparishclerk@gmail.com

In the early part of this year it was noticeable that there was an increasing tendency for estate agents to place advertising boards along the main A50.

These boards were advertising properties that were sometimes several hundred yards away from the location of the signs and were often grouped together at the junctions of roads erected on public verges and attached to street signs. They often got knocked down or blown over and became even more unsightly because they created a litter issue or a tripping hazard.

The Parish Council then wrote to every one of the agents who were displaying boards in contravention of these rules and the agents responded positively by removing all of the offending signs.

They haven’t erected any new ones and we certainly think the area looks better for this action. 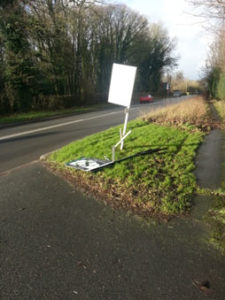 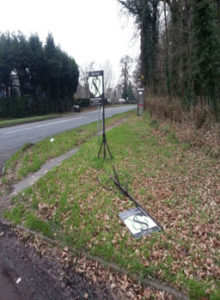 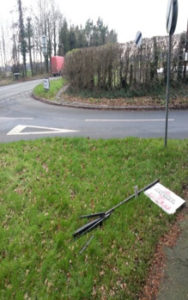 Residents may recall that some years ago Cheshire East carried out a housing needs survey. They will shortly be carrying out another one. The current survey relates to Woodside Golf’s application to build houses and a hotel which was approved at appeal and the inspector had allowed that a community sum of approximately £200,000 be granted in lieu of affordable housing within Cranage Parish and not within the Woodside Golf site.

It is Cheshire East’s assessment that there is a need of 17 units per year in the Holmes Chapel and rural area, and the survey aims to establish whether or not there is a specific need for further affordable housing in Cranage. If so, it would appear that Cheshire East will provide land it owns to enable such housing to be built.

If there is no proven requirement for further affordable housing in Cranage, the money could be spent in Twemlow, Swettenham, Allostock or Byley (even though two of these villages are in Cheshire West and Chester).

Cranage Parish Council has been advised that the schedule for the survey will be as follows. 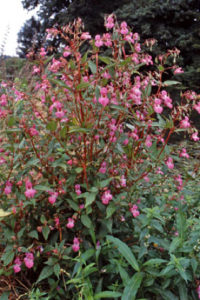 We have been warned (by a Goostrey resident) about the dangers of Japanese Balsam. Introduced to the UK in 1839, Japanese balsam is now a naturalised plant, found especially on riverbanks and in wasteland where it has become a problem weed. Japanese Balsam is a tall growing annual, 2-3m in height. Between June and October it produces clusters of purplish pink (or rarely white) helmet-shaped flowers. The flowers are followed by seed pods that open explosively when ripe and hence it spreads rapidly.

While some of the seeds will already have been dispersed this year, we are urged to remove it or to encourage landowners to remove it, now and in future years, particularly before waterways become choked.

NB Japanese Balsam should not be confused with (the notifiable) Japanese Knotweed, the roots of which can cause serious damage to buildings.

COUNCILLORS IN THE PARISH