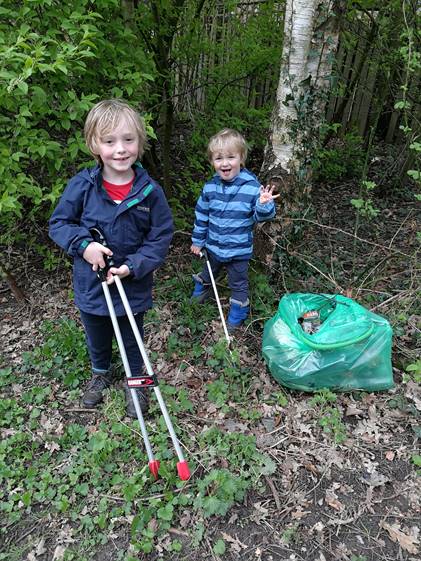 The scouts concentrated on the open land between the A50 and Needham Drive including the football fields.  The families covered the other open space to the north of Needham Drive and Lawrence Close and the play areas were covered.  Not all roads within the parish were covered as there were not enough people but we did try to do Goostrey Lane and Twemlow Lane as they were left out last time.  It was reported that there was a number of dead birds in the ditch along Goostrey Lane.

At least 12 bags of rubbish were collected plus larger items  of which ANSA Cheshire East were quick to collect it and clear away which was most welcome.

Thank you everybody who attended